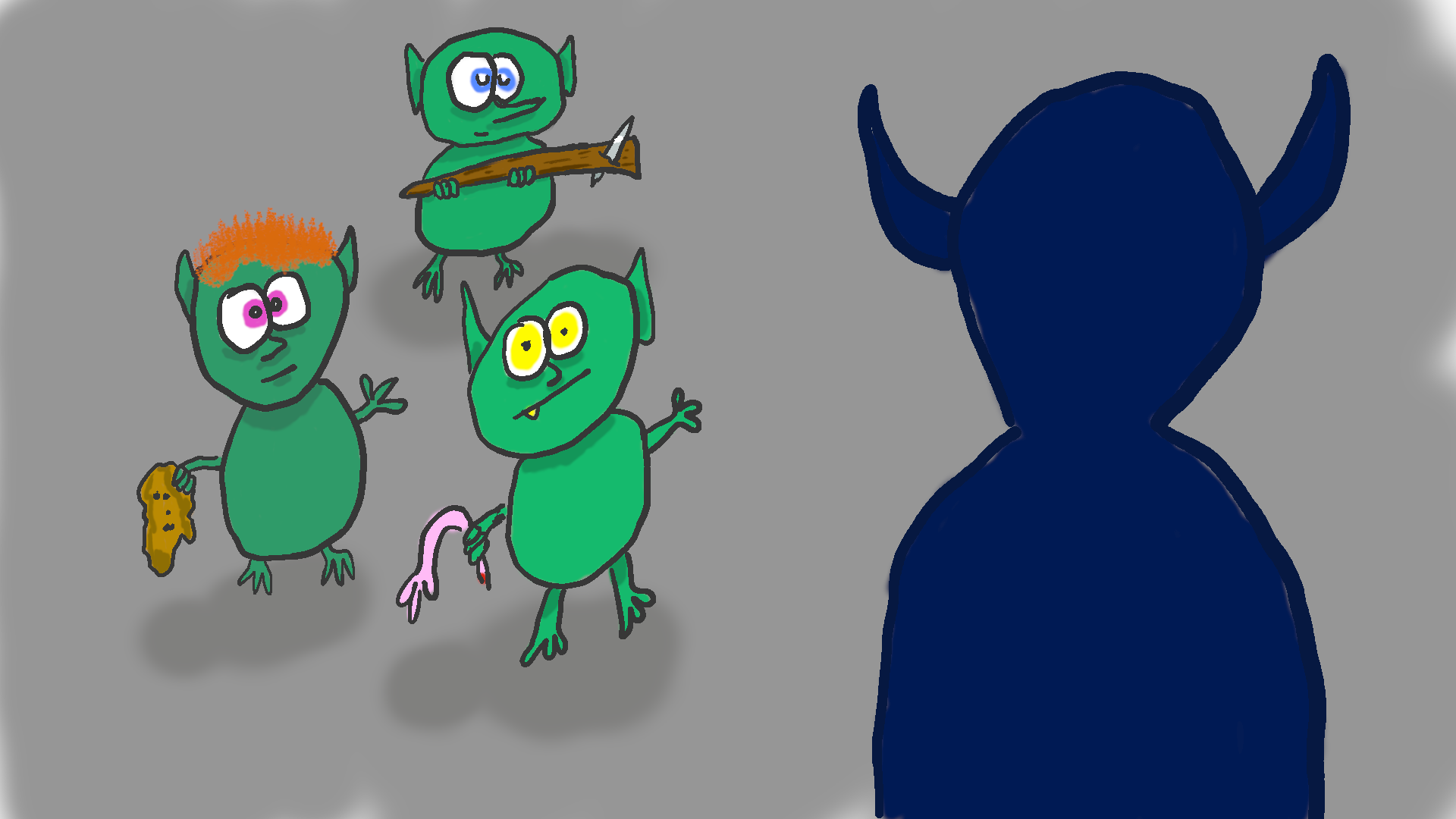 The Master was tired of nearly breaking his neck falling over imp toys this week, so Crumbly Head Castle has had a bit of a clear out.
The vaults, secret rooms and treasure chests were cracked open and each item was placed in the throne room, with only a handful of imps lost to long forgotten traps or devoured by hungry monsters.
With items including the battle axe of the dwarf giant, the face of an Amazon princess, socks, the misery of a dragon king and the arm of the master’s mortal enemy, each was held and carefully appraised with the simple question: Does this bring you joy? If not, the item was thanked and tossed away into the infinite pit of emptiness. If yes, it was lovingly packed into a treasure chest and placed behind a brand new deadly trap.
Crumbly Head Castle is now decluttered and full of joy – at least until the next hero invasion.

In other news, Grrexit is moving slowly. In case you have been living in a cave for the last couple of years (I know some of you have), Grrexit is the process of breaking up from our nearest trading partners, the Stink Trolls. Despite the troll region being our primary source of food, horse carts and attractive, foreign imps, the vote from two years ago must be respected, where a small majority of imps voted to leave.
The imp in charge of Grrexit negotiations, Theresa Slay, has so far spent last two years by not bothering to negotiate a deal and learning to dance like an awkward robot. With just a couple of months left, the castle is preparing for a hard Grrexit, with the pitchforks being sharpened and the castle moat being filled with fresh sharks.

Does it bring you joy?